香港童軍總會九龍地域 > Stories > Faces of the Future

Faces of the Future 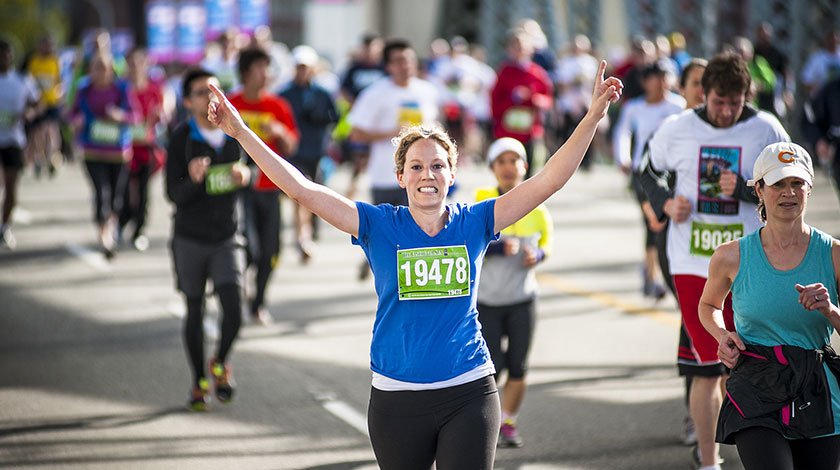 The doorbell rings and hugs are gleefully exchanged between two teenage girls at the This is Zero Hour home base in Petworth, Washington D.C. What started as 16-year-old Seattle native Jamie Margolin’s idea for a youth-led climate march, the Zero Hour movement now includes a diverse team of youth activists from across the country fighting for climate justice.

Founded on the belief that every individual should have access to clean air, water, and land, This is Zero Hour strives to put the needs of communities before corporations and to hold elected officials accountable. Many of its 20-something members have never met in person before now, getting to know one another through hours they’ve spent organizing over the phone this past year. But on Saturday, their work comes to fruition as they march on Washington and launch at least 14 sister marches worldwide.

With the Youth Climate March just days away, I sat down with four members of the Zero Hour team — Esmé Rice, Iris Fen Gillingham, Emelly Villa and Talia Glick — to discuss why they were drawn to the climate movement and how they feel about their big moment approaching.

Greenpeace: So, how did everyone get involved? How did you hear about the march?

Esmé: My name is Esmé Rice. I’m 16 years old and from Atlanta, GA. I met Jamie last summer at the Climate Reality Leadership Corps in Seattle. It was a three-day conference-summit where you learn a ton of things about climate change and how you can spread the word. So we were talking about things we wanted to do when we got back home, and I was like, “Oh, yeah. I want to do a march in Atlanta [where I’m from] to raise awareness and do something about it.” And she was like, “Yeah, but what if we did a march on Washington?” Then I was just added to a group chat and it just started there. Ever since then, we’ve just been figuring it out along the way.

It’s been a really cool process because at the beginning of it you never know what the potential is. We just knew that we wanted to let people what was happening and that we aren’t going to stand for it anymore. That was our mission, and with that mission in mind, it just kind of developed into this. It’s pretty great.

Iris: I’m Iris Fen Gillingham. I’m 18 years old and I’m from the Catskill Mountains in upstate New York. How I got involved with this really started with being directly impacted by climate change. When I was little, my parents had a community supported agriculture business, so we made a living growing vegetables and selling shares. People would buy a share and they would get a fresh box of vegetables every week. We had a farm up on the hill, and we leased ten acres along the flats where there was really great soil. And in the span of five years, we had two 100-year floods and one 500-year flood — the 500-year flood washed away all of our topsoil. It washed away all of what we were growing and destroyed all of our equipment. It changed my family’s life because we were forced to stop farming for a living. I’ve been very lucky because I still have a home and we still live up on the hill and we still grow and raise all of our own food and have solar electricity, but that was the first time I experienced the erratic weather patterns that can be attributed to the climate crisis.

A couple of years later, a landman started coming into my community talking about fracking. So I got involved when I started going to meetings around the issue of fracking because my family is [made up of] farmers, and we realized we didn’t want to have our soil, water, and air contaminated. I would go to these meetings and I would look around the room, and all of these leaders would say that they were doing it for their kids and grandkids, but I was the only young person [in the room], and I really felt that we needed to be represented and our voices needed to be in the movement. So I started stepping up and becoming a youth spokesperson in my community and got involved with an organization called Earth Guardian.

Talia: I’m Talia Glick. I’m from Seattle, and I am 15. Jamie and I met at a convention with JSA, Junior State of America, which is a political debate group focused on American politics and youth involvement. This was about October or November [2017], so Zero Hour had been in existence for about five months. They had started the movement, but were still very grassroots and looking for more volunteers. We weren’t even called Zero Hour at that point. So I got involved from there and started working on social media and communications. Then one day, somebody was like, “We need somebody to head this team and be in charge of social media overall,” and I was like, “I can do that.” I got more and more involved from there since being the team leader is a lot of work and I just got busier and busier. And here I am.

I haven’t been nearly as personally impacted by climate change as Iris ⏤ I’m in a very different situation. Growing up in a city in an upper-middle-class family I’ve been really lucky to escape the effects of climate change. I think that I’m more involved because of my beliefs than I am because of my personal experiences in regards to social activism. But it’s important to me that frontline communities are [no longer] affected because I have the safety of living in the city and I am not worried about my home flooding or a hurricane happening. I want everyone to be that safe; I want everybody to have that opportunity and position.

Emelly: I’m Emelly Villa. I’m 17 years old and from Los Angeles, CA. I joined Zero Hour because I started off as president for my school’s environmental organization, and through that I joined Citizens Climate Lobby. It’s a great organization, but it’s primarily made up of older people. It was hard to connect with people my age and there was no one showing up to the meetings that were my age and had the same ideas as me. So one day one of the members from Citizens Climate Lobby emailed me, and he had read Jamie’s article in Rolling Stone, and he said thought this was a really good opportunity and that I should join. Prior to that, he and I were working on a fundraising opportunity for Citizens Climate Lobby, so then I started working on the fundraising team for Zero Hour.